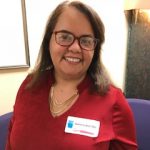 Originally from Recife, PE, Brazil, Andrea practiced dentistry in her home country for 10 years and was a faculty member at UFPE – College of Dentistry until she met Dr. David Scollard, whom she married in 2008. She moved to the US, became step-mom of Winston (34) and Darikka (33), and a resident of Louisiana. She also had a brief but successful career teaching pre-nursing students at Baton Rouge Community College.

In 2012, Dr.  Scollard moved to New York City to pursue her second D.D.S. degree at NYU College of Dentistry. She graduated in May 2015, returned to Baton Rouge, became licensed to practice dentistry in Louisiana, and adopted a little lab mix called Ebony, the happiest dog ever! Upon her husband’s retirement, they decided to move to New England where they will be able to enjoy the four seasons.

She speaks English, Portuguese, and Spanish and her diversified background enables her to interact easily with patients from different ethnicity and cultures.

She enjoys travelling, snow, watching & listening the waves of the ocean, formula one car racing, Broadway musicals, zip-lining, and many cultural activities. 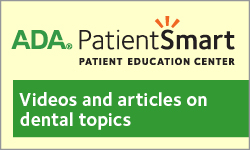 We know we are scheduling hygiene appointments into November now, and are trying to hire a dental hygienist to cover for Jessica while she is out, but in the meantime do you think we should get this equipment to help out? ...

Vaccines will help us end the pandemic so we can finally be one step closer to each other again. #VaccinesWork to bring us closer. SHARE this important message this World Immunization Week. ...

April is not only Oral Health Awareness Month, it is also Oral Cancer Awareness Month! Oral cancer, in it's early stages, is often painless, producing only small changes in texture or color that a trained professional can recognize. As a regular part of your dental checkup in our office, either your doctor or your dental hygienist will perform an oral cancer screening at every visit, looking and feeling the lips, cheeks, tongue and the floor of the mouth. Dental exams can save a life! ...
View on Facebook
· Share